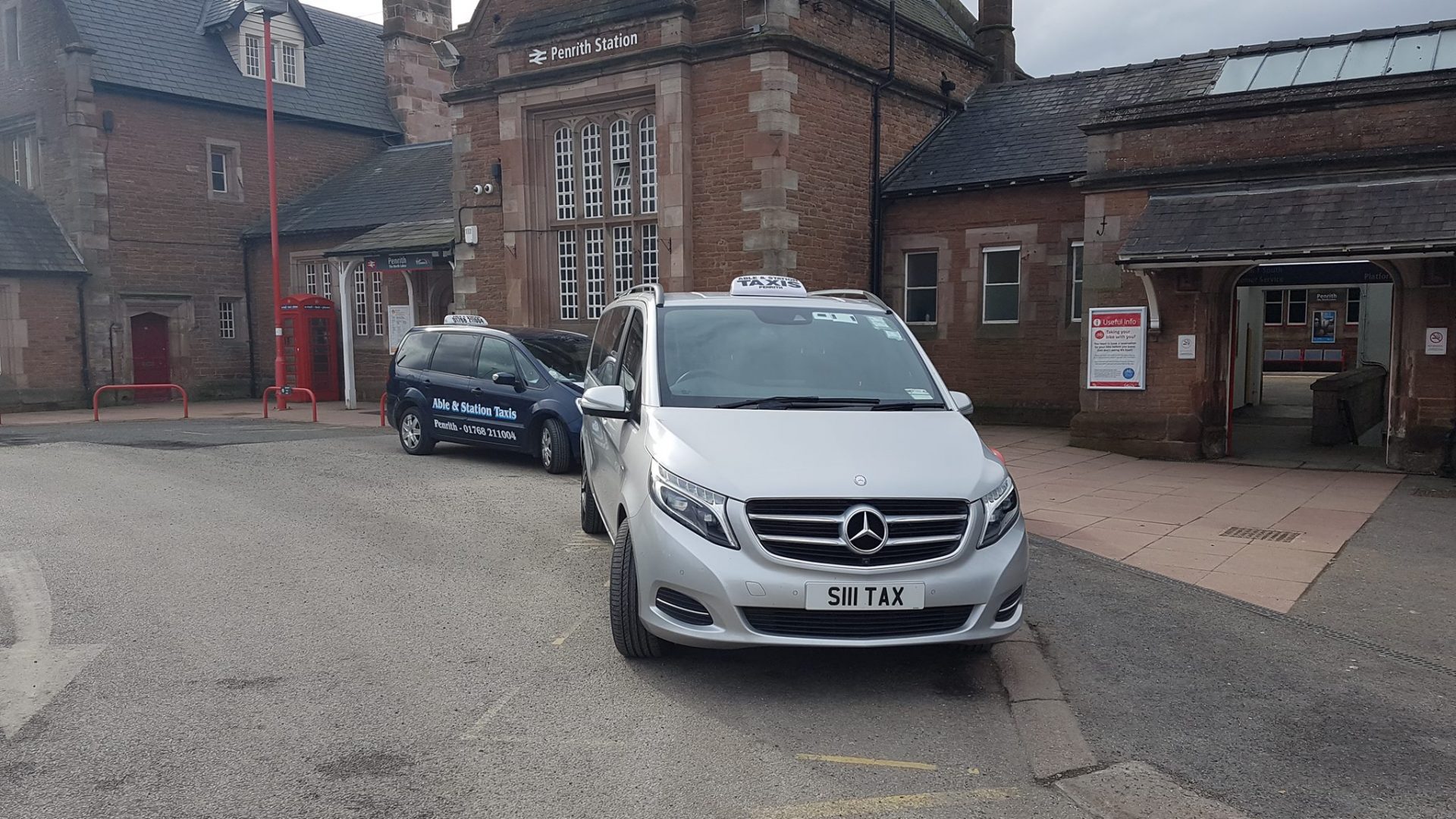 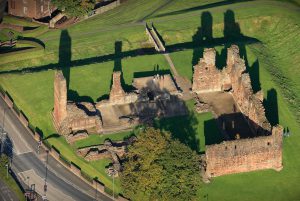 Penrith Castle was begun at the end of the 14th century by Ralph Neville, who played a key role in defending this area against the Scots. It was later transformed into a luxurious residence by Richard, Duke of Gloucester, who became Richard III. Surviving to their full height, the castle walls stand in a public park.

Read more about the history of Penrith Castle. 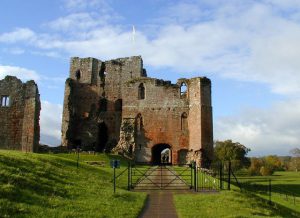 In a picturesque setting beside the crossing of the River Eamont in Cumbria, Brougham Castle was founded in the early 13th century. This great keep largely survives, amid many later buildings – including the unusual double gatehouse and impressive ‘Tower of League’.

Both a formidable barrier against Scots invaders and a prestigious residence, the castle welcomed Edward I in 1300. A complex of passages and spiral stairways makes Brougham a fascinating castle to explore, as well as an ideal picnic setting for a family day out. 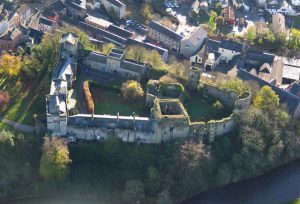 Cockermouth Castle, the ancient baronial seat of the Lords of Allerdale, stands on a bold eminence near the confluence of the rivers Cocker and Derwent.

The first castle on this site was built by the Normans in 1134.[1] Some of the stone was sourced from the Roman site of Derventio.[2] Significant additions were made in the 13th and 14th centuries.[1] The castle played a significant role in the Wars of the Roses, and in the Civil War, when it was badly damaged.[1]

Various magnates held the castle, the most prominent being the Percy Earls of Northumberland from the 15th to 17th centuries.[3] It passed to the Wyndham family, the current owners, in the eighteenth century. The castle was the home of the dowager Lady Egremont until her death in 2013.

For more information on the history check out the Gatehouse website. 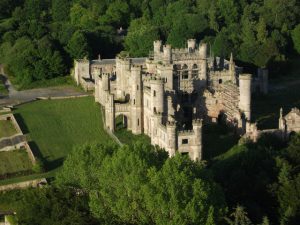 Lowther Castle has been the family seat of the Earls of Lonsdale from time immemorial, and occupies the site of mansions dating back to the reign of Edward I.

The present building was started in 1806, for Sir Hugh Lowther the fifth Earl, to designs by Sir Robert Smirke. Lowther Castle was his first job when he was just 25. It was commissioned to be a design of elegance and strength. The castle was well known for its wide range of activities and entertainment of distinguished guests. Unfortunately the castle’s grand proportions were too extravagant for the 20th Century. 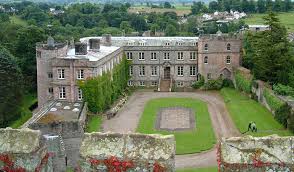 Appleby Castle is in the town of Appleby-in-Westmorland overlooking the River Eden (grid reference NY685200). It consists of a 12th-century castle keep which is known as Caesar’s Tower, and a mansion house. These, together with their associated buildings, are set in a courtyard surrounded by curtain walls.[1] Caesar’s Tower[2] and the mansion house[3] are each recorded in the National Heritage List for England as a designated Grade listed building. The uninhabited parts of the castle are a scheduled ancient monument. 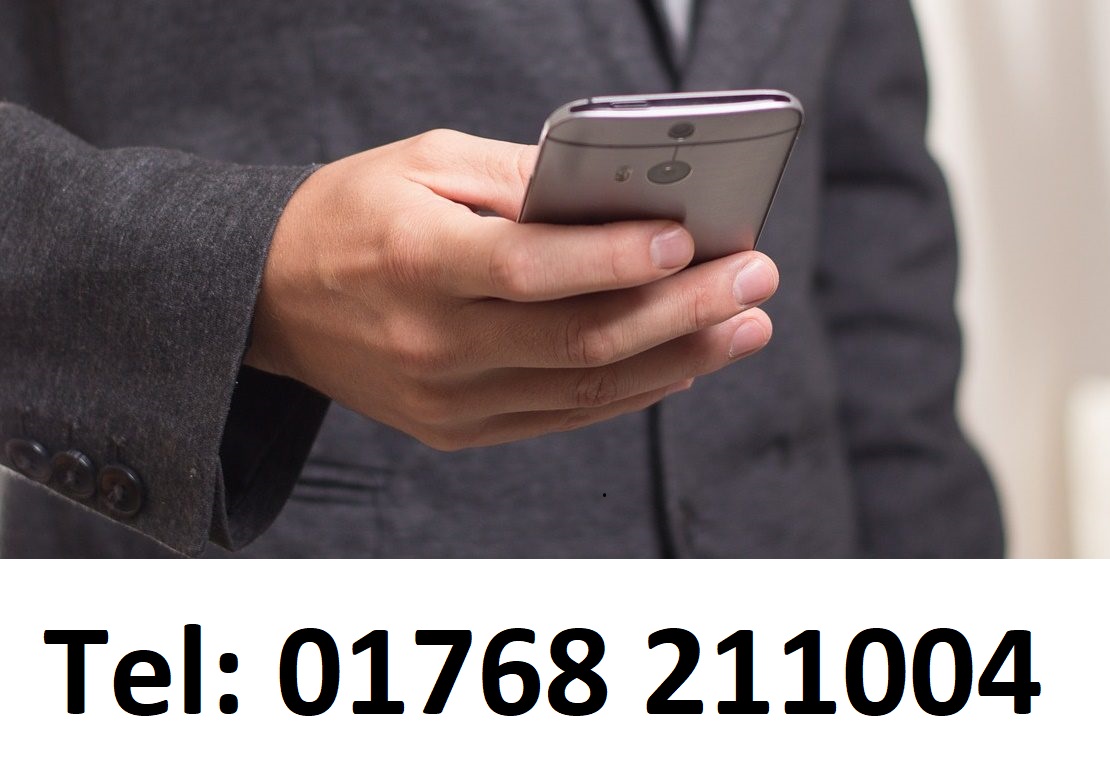